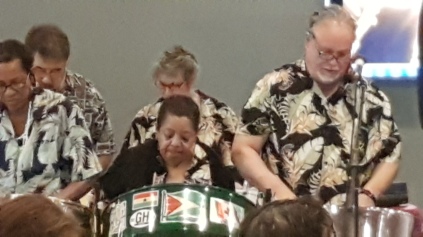 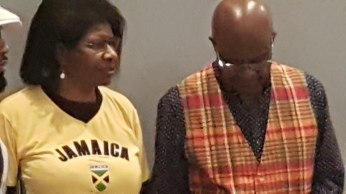 In the mid-1800s, when racism was pronounced in many parts of the British Empire, it is interesting to reflect on the mixed racial backgrounds of British Columbia’s first governor and his wife. Popularly known as the “Father of British Columbia,” James Douglas became the Governor of Vancouver Island in 1851. He became the first Governor of the colony of British Columbia on November 19, 1858. This was during the Fraser Canyon Gold Rush. He helped establish order to assert British authority which had the potential to turn the B.C. Mainland into an American state. Without a doubt, he was one of our province’s most influential figures in the nineteenth century. His wife, Amelia, is often overlooked by historians, but she was a woman of distinction in her own right.

Douglas was born in 1803 in the Dutch colony that soon became British Guiana, now Guyana. His father was a Scottish sugar planter and was never married to Douglas’s mother, though he did eventually marry another woman in Scotland. Douglas was classed as a “free coloured boy” by virtue of his mother’s status. She (Martha Ann Telfer) had been born in Barbados and moved to the Guianas probably in the late 1790s. Though she was described as a “free coloured woman” her precise ancestry is not known at this time. Douglas was taken by his father to Scotland in about 1812 and after only six years of formal education was indentured to the North West Company. He arrived in Canada in 1819 and two years later became a Hudson’s Bay Company employee when the two rival fur companies merged. Douglas worked his way from one remote post to another, eventually reaching Fort St. James in northern British Columbia. There he met and married Amelia Connolly, daughter of the chief factor in charge of the region.

Amelia was born in 1812 in what is now northern Manitoba. Her mother was Miyo-Nipiy, a Cree woman, and her father was William Connolly, an Irish-French-Canadian fur trader. They were married in what was called “the custom of the country,” probably based on Cree marriage traditions. Amelia’s first languages were Cree and French, the two languages spoken at most of the forts in that area. English came later and throughout her life she spoke English with a strong accent.

James and Amelia Douglas had thirteen children, of whom only six survived past infancy. All the children were raised speaking French, Cree, English and Chinook Jargon, a trading language. After living at Hudson’s Bay Company’s posts at Fort Vancouver (now Vancouver, Washington) for almost twenty years, they settled in Victoria in 1849. James was Chief Factor and soon was appointed to the governorship as well.

The most important legacy of Douglas’s career came in 1858 and the years immediately afterward when a series of gold rushes brought tens of thousands of people to British Columbia, changing the face of the province forever. He is credited with establishing British law and order among mostly American miners who had little interest in observing the law of any land.

In the days before the Colony of Vancouver Island and the Colony of British Columbia united, Governor Sir James Douglas chose Fort Langley to be the provisional colonial capital. By 1858, a town by the name of Derby, adjacent to the original location of the Fort, had been surveyed and subdivided into town lots and sold. On February 14th 1859 a new site at the mouth of the Pitt River was established.

Fort Langley is a village with a population of 2,700 and forms part of the Township of Langley. It is the home of Fort Langley National Historic Site, a former fur trade post of the Hudson’s Bay Company. In recent years, many of the village’s old buildings have been restored. The restorations, combined with its rural setting, access to the river and mountain vistas, and the old fort itself, make it a thriving tourist centre. Fort Langley has two museums in addition to the Fort.

Annually Parks Canada, the Fort Langley Legacy Foundation and the Guyanese Canadian Cultural Association of BC, brings the Caribbean to British Columbia at Fort Langley with over 900 people in attendance. The proclamation of BC as a crown colony on November 19, 1858 is re-enacted and celebrated with ethnic food, steel drum music, and cultural dancing. This is an opportunity to show case Guyana in the context of the total Caribbean contribution to the rich cultural heritage in Canada